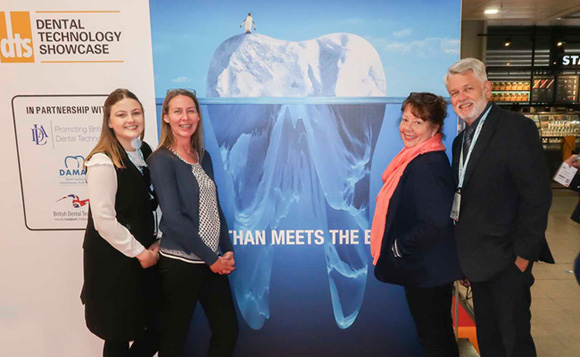 Our team attending the Dental Showcase in Birmingham, keeping abreast with all the latest developments and innovations in dentistry. From left to right: Lisa, Amanda, Runel and Dr Tromp.

What a lovely surprise it was at the time to be the recipient of this much sought after award by the British Dental Association. Having opened the doors to our new practice only 10 months previously, this surely came as an extra reward to our staff for their hard work and for going that extra mile to make this practice being recognized in such a distinctive way. Councillor Mrs. Sandra Oakes unveiling our Good Practice Plaque. She said she was delighted to be able to explore the inside of the newly restored grade 2 listed building. She did not mind “testing” the comfortable dental chair and stayed to celebrate with us our 1st anniversary.

12 December 2007 marked the official presentation of the Good Practice Award by the then President of the Association, Dr. Josef Rich OBE at the BDA headquarters in London.”

8th August 2007 was our first anniversary. This coincided with celebrating the Good Practice Award and was well attended. Thank you so much to everyone that turned up and also for the flowers, wine and so many cards received to wish us well. 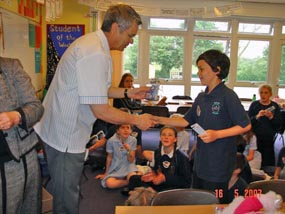 Charlie was able to brush for exactly two minutes and thus won himself one of the favourite prizes – Albert, the “two minute” Clock.

These are the two posters that took 1st and 2nd prize.

Our visit to St Patrick’ s in Corsham was highlighted with a “2 minute competition” giving the children a feeling of the time involved to get the brushing routine right!

The Children composed there own poems about good oral health. “Amazing” – is the word to described the outcome. The winner of the poems received the Oral B 5000 Toothbrush. And the 2 minute competition winner received a Pulser tooth brush. Every child received a “goodie-bag” that put a smile on every ones face.